This past Thursday evening I picked up my Explorer edition of Google Glass. I was lucky enough to have my #ifihadglass tweet chosen to receive the chance to pay an arm and a leg to get them. Needless to say, I did choose to pony up the cash, and on Thursday evening I walked home with my brand new piece of technology dangling off of my right temple. Since first impressions are often strong, but can be misleading, I chose to wait until I had used them for a few days before writing my thoughts. So here they are: 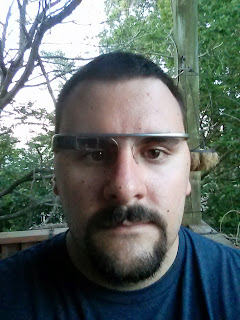 So this is the first question on everyone’s mind. And let me answer it right up front. For the average person, hell no. For the average geek, hell no. For forward thinking technologists, perhaps. For those who are attention starved: definitely (trust me, you will get attention, but more on that later). For those of you who wish to look like you’re a geek (but secretly aren’t on the inside): definitely (trust me, they do make you look like a dork).

There is one thing that surprised me though. If you’re the kind of person who checks his or her phone every few minutes in social situations (even though there are people in front of you talking to you), this device is for you. It really surprised me, but wearing glass actually brought me closer to the people I was interacting with in the real world, as opposed to what I expected (which was to have an additional layer put in between you). In short, not staring at your phone every few minutes actually pulls you deeper into the real world, even though Glass gives you instant access to all sorts of information. I’ll explain more in a bit…

The actual device is pretty much what I would expect for something that costs more than the average laptop. The build quality is basically stunning. It’s incredibly strong, sturdy and well built. And it’s light. Like freakishly light. Which is awesome for a piece of plastic and metal that you are supposed to wear on your face for hours at a time.

Now I’ve worn glasses for pretty much my entire memorable life (since I was about 10 years old). These are not like wearing glasses. The fit and feel is completely different. Whereas normal glasses rest on your nose and use your ears for support, Glass rests on your temples and uses your nose for support. What that really means is that glass stays in place and basically just remains where you put it (for me at least). So unlike regular glasses which tend to slide down your face after a while, Glass just is where you put it.

The short of it is that Glass is really comfortable to wear. Well, at least physically…

What Glass Is Not

To put it bluntly, Glass was not at all what I expected. Even watching the videos and reading reviews, actually using the device in the real world is nothing like what I expected it to be. So before talking about what I like or dislike about Glass, I’d like to clear up a few things about what Glass is not.

First, Glass is not augmented reality. You don’t look at the world through Glass. If you look at the picture above, the screen is up and to the right, out of my primary field of view, but easy to glance at. What that means is that it’s really providing simple information when you need it, but isn’t constantly providing information.

That brings me to the second and most important thing Glass is not, which is that it is not on the majority of the time. More often than not, it sits with the screen off, just waiting for you to need it. What that means is that for the vast majority of the time, you’re not even looking at it. It’s just this slightly weird blurry spot in your peripheral vision. You activate it when you need something specific. Otherwise, it’s simply out of your way. But more on that later…

Third, Glass is not for people who don’t like attention. Seriously. If you don’t like it, stay as far away as you possibly can. When I walk down the street, about 30% of the people I pass notice it. 75% of them pretend to ignore it (but it’s dead obvious). 20% of them are curious and point, but never actually say anything. That leaves about 5%. Out of that 5%, 3% are curious enough to ask about it (whether they know of Glass or not). They approach and want to know more. The remaining 2% hate it. I’ve gotten some really dirty looks from people. No matter what you think about it, if you don’t like receiving attention, don’t get them! But if you like it, these are a great way to meet and spark up conversations with random people…

OK, I’m just going to come out and say this. After using Glass for 10 minutes, I don’t believe the privacy hype that it has generated is warranted. Don’t get me wrong, I have definite privacy concerns with it, and there will definitely be a lot of questions that need to be answered. But none of them are new.

Wearing Glass enables you to do nothing that you can’t already do with a cell phone. Yes, you can do it slightly faster (0.5 seconds to take a picture on Glass, versus 3 seconds getting my phone out of my pocket and taking the same picture). Yes you can do it slightly more transparently (it’s harder to tell if someone will Glass is recording you or not). But nothing changes fundamentally. In fact, to those up in arms over it, I suggest that you either try them yourself, or also ban cameras on cell phones.

To illustrate that point, today I was walking down a city street where there were street performers. There was an entire crowd of people watching, and I stopped for a few seconds. One of the performers approached me to ask (in a threatening tone) if I was recording them. I pointed out that no, I was not, but those 6 people with their cell phones in hand, were. The irony here, was that it wasn’t the camera that she saw that should have concerned her. It was the one that she didn’t see (or in this case, the 6 that she didn’t see)…

What Glass Does For Me 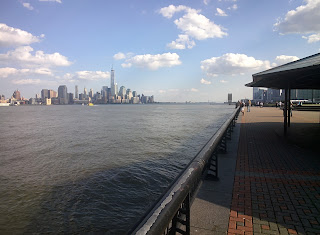 But there are some things that Glass does that is actually really useful. The first and most intuitive is directions. The navigation component that Glass ships with, is nothing short of epic. The simple fact that the screen and map automatically orient themselves to where I am looking really make it transparent and yet intuitive to use. Especially while walking around in the city. That really is the killer app today.

Don’t get me wrong, the Email and Text Message components are really interesting. The Twitter integration is quite nice. There’s a ton more that the device does (Google Now integration FTW) that’s not really worth mentioning here.

The Future Of Glass

In all honesty, I don’t believe that Glass will be a commercial success. Even if the price point is $100, the thing is just too weird for the vast majority of people. Unless it’s made even more seamless than it already is (which is quite significant), it will simply be too clumsy for the average person. Heck, as a developer it took me a 45 minute training session to get the hang of it. It’s straight forward, but still requires some training and muscle memory…

Think about that for a second. Cell phones, both iOS and Android, are designed to get you to use them more. They want you to look at their screens for longer. Do more “things”. Buy and download more apps. Spend increasing amounts of time digging yourself deeper into the technology.

But Glass on the other hand does the exact opposite. It purposely limits what it does. That concept is going to change everything that we do. Empower your users, and then get the hell out of their way. Oddly, by putting a small screen above my right eye, I was able to have better in person connections with the people around me in the real world… While I’m not saying that’s a brand new idea, this is the first piece of technology that I’ve owned that really feels like it’s trying to stay out of my way, and trying to keep me engaged in the real world. And that’s something pretty special.